Today we are sharing Nicky's Cushion Tutorial with you! 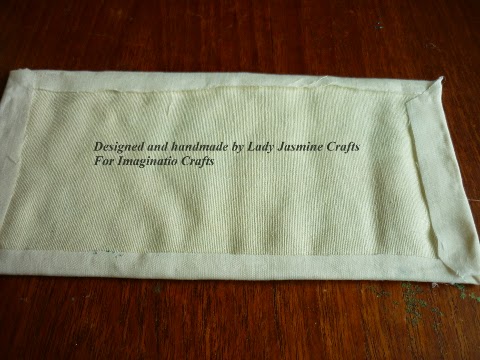 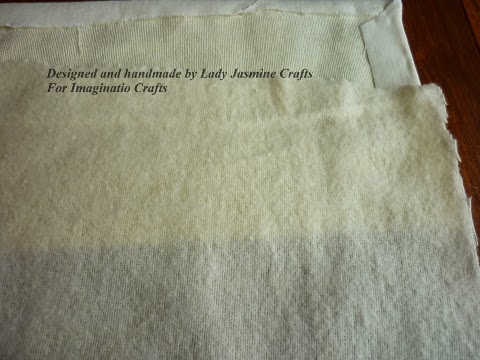 Take 2 pieces of felt any size you wish and 2 pieces of fabric larger than the felt as this makes the edging. 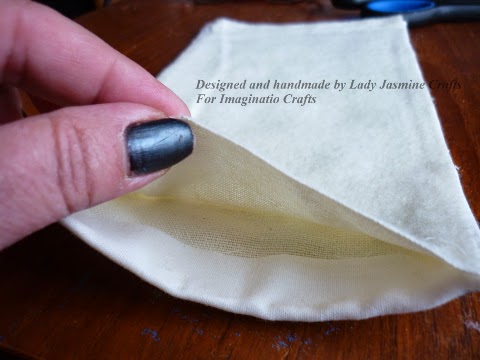 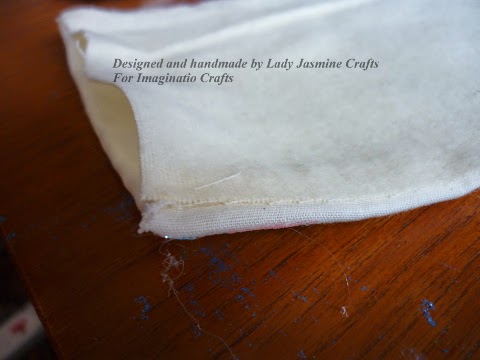 Sew all the pieces together to make the pillow. 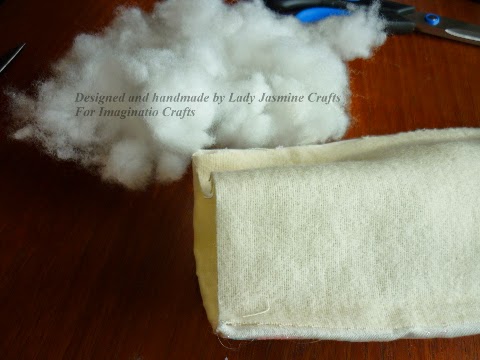 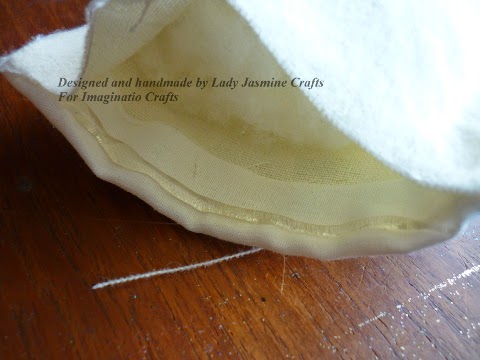 I then packed the pillow with Kapok and joined together. 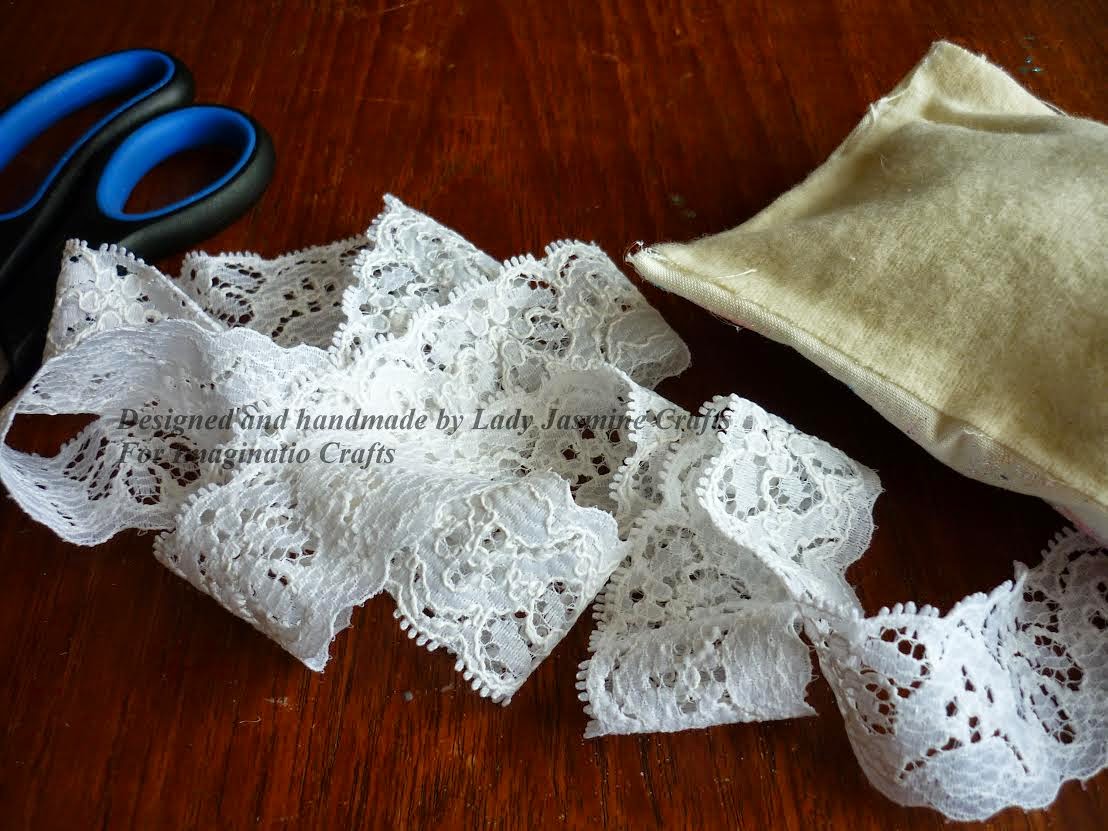 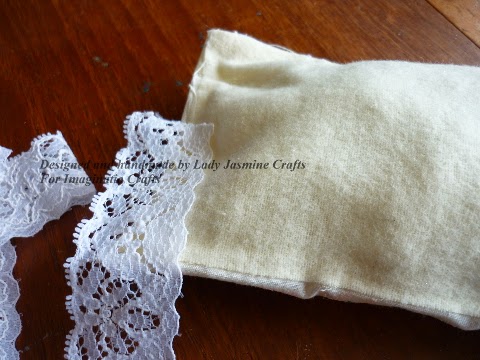 Using hot glue gun adhere the lace all around 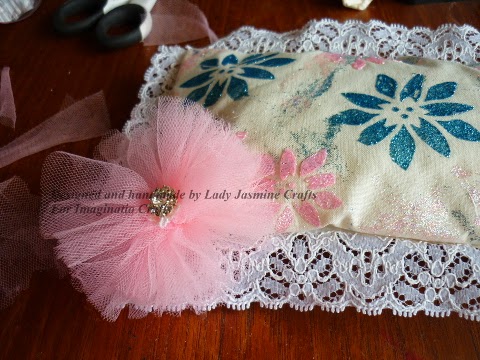 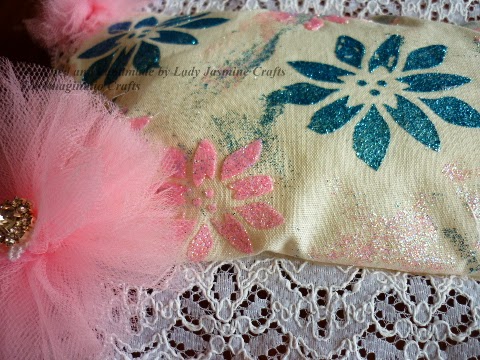 On plain fabric using parts of the Lily Flourish stencil, Candy Floss and Blue Sapphire Sparkle Medium randomly added the flowers and then splatted the medium randomly too. Once dry place onto the decorative piece of fabric then trim to fabric to the size you need for the cushion. Make tulle flowers and adhere to the corners of the cushion. 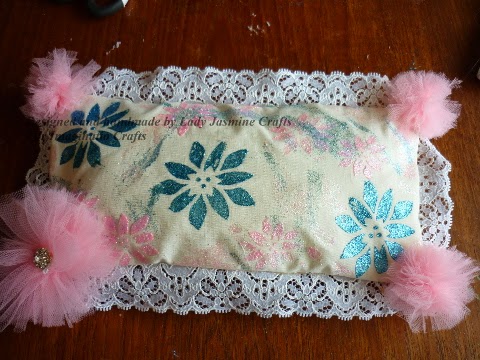 The front of the pillow 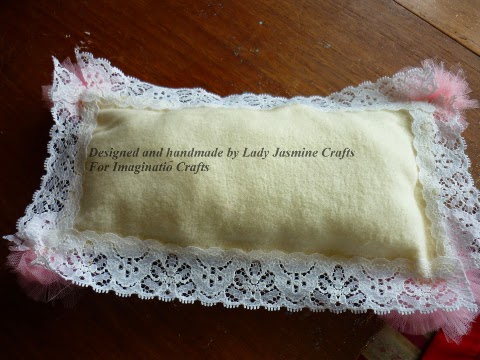 The reverse of the pillow.

Thank you for visiting and looking forward to hearing your thoughts on Nikky's Tutorial.

Today we are sharing Avril's step by step tutorial.

Mask off the Corners from the Bride Stencil 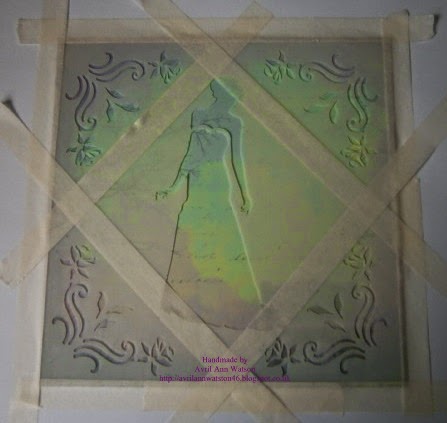 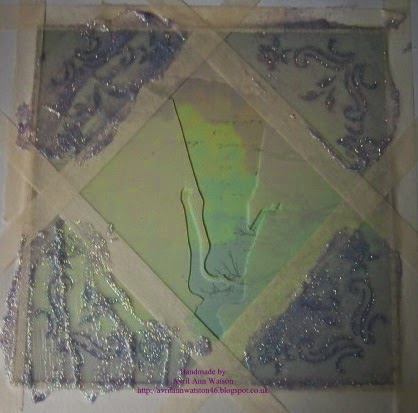 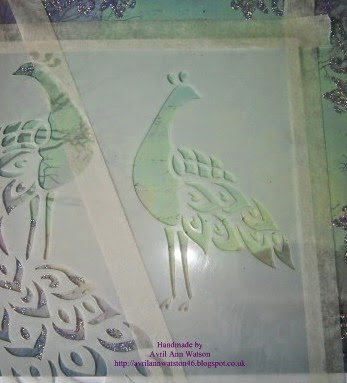 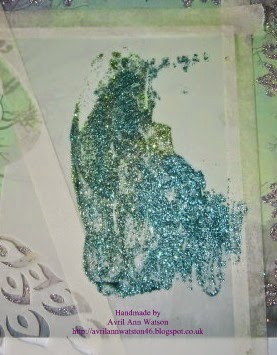 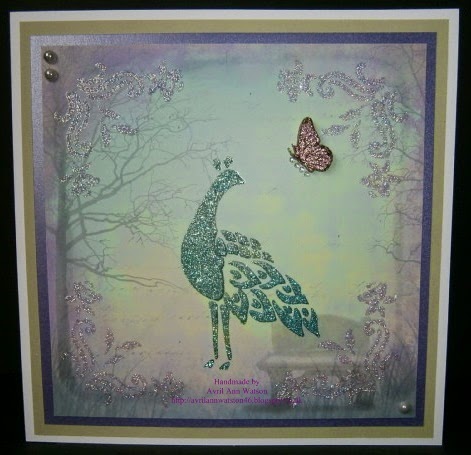 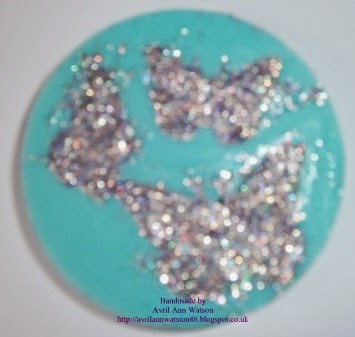 Thank you for visiting today and we hope you have enjoyed the tutorial!
Posted by Linda Simpson at 08:47 9 comments:

I began by making a base card from cerise coloured card, then a piece of light cream card was matted onto the cerise card. 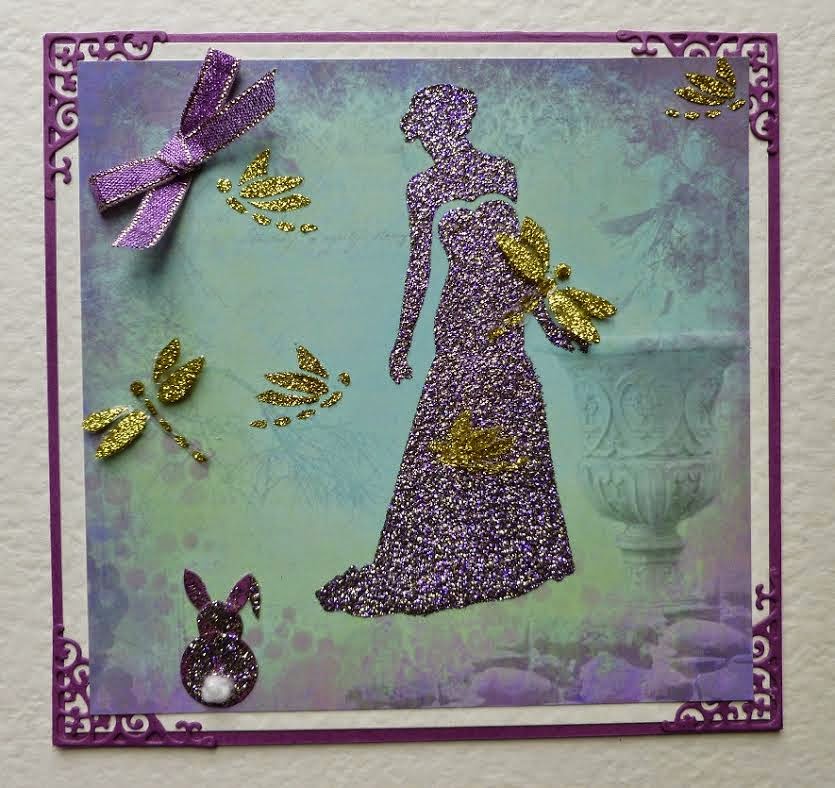 A Tattered Lace corner die-cut was added to each corner. 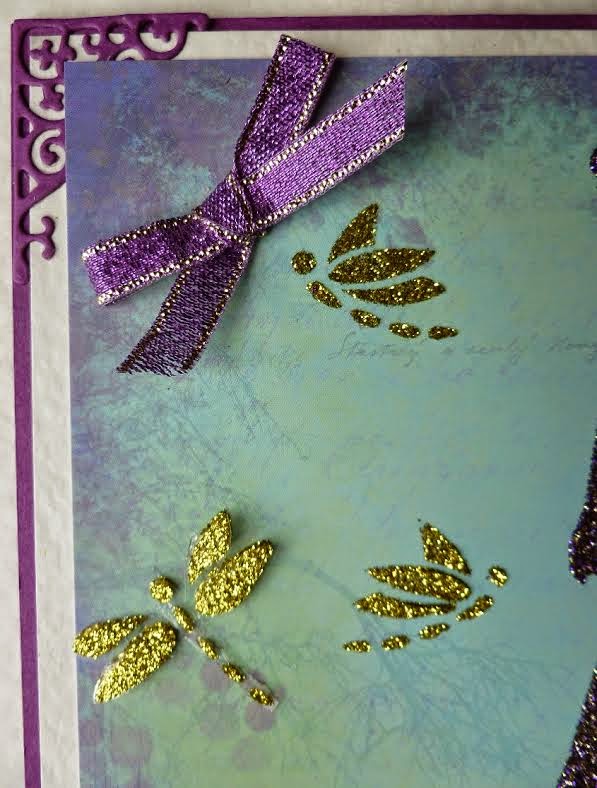 I took the 'Moments' patterned card and laid the Bride stencil onto it, masking off the four corners as I just wanted the bride herself.   The Royal Purple Sparkle Medium was spread over the design and also onto a spare piece of card and left them to dry naturally.

I then took the 'Dragonfly Dreams stencil, laid it on top of the patterned card again and spread some Chartreuse Sparkle Medium over some of the dragonflies, positioning the stencil where I wanted the dragonflies.   I then left the image to dry.

In the meanwhile, I took a piece of acetate and spread some of the Chartreuse Sparkle Medium over the same dragonflies on the stencil and left them to dry.   When they were dry I cut them out and glued them on top of the original dragonflies on the patterned card, using silicone glue. 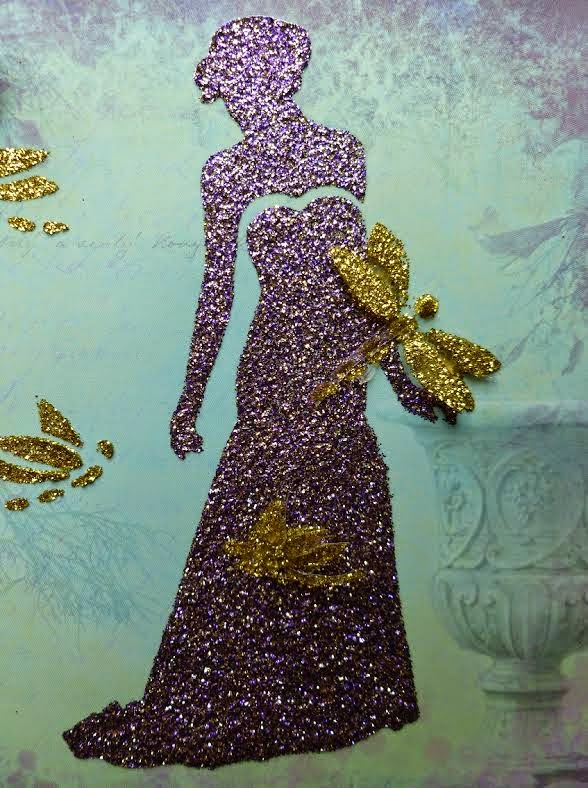 The card was then glued to the base card.   From the piece of Sparkle mediumed card I cut out a small circle, a slightly larger circle and two ear shapes, glued them together to make a little rabbit.   I added a small piece of cotton wool for his tail and glued the rabbit to the bottom left of the card.   A ribbon bow was added to the top left. 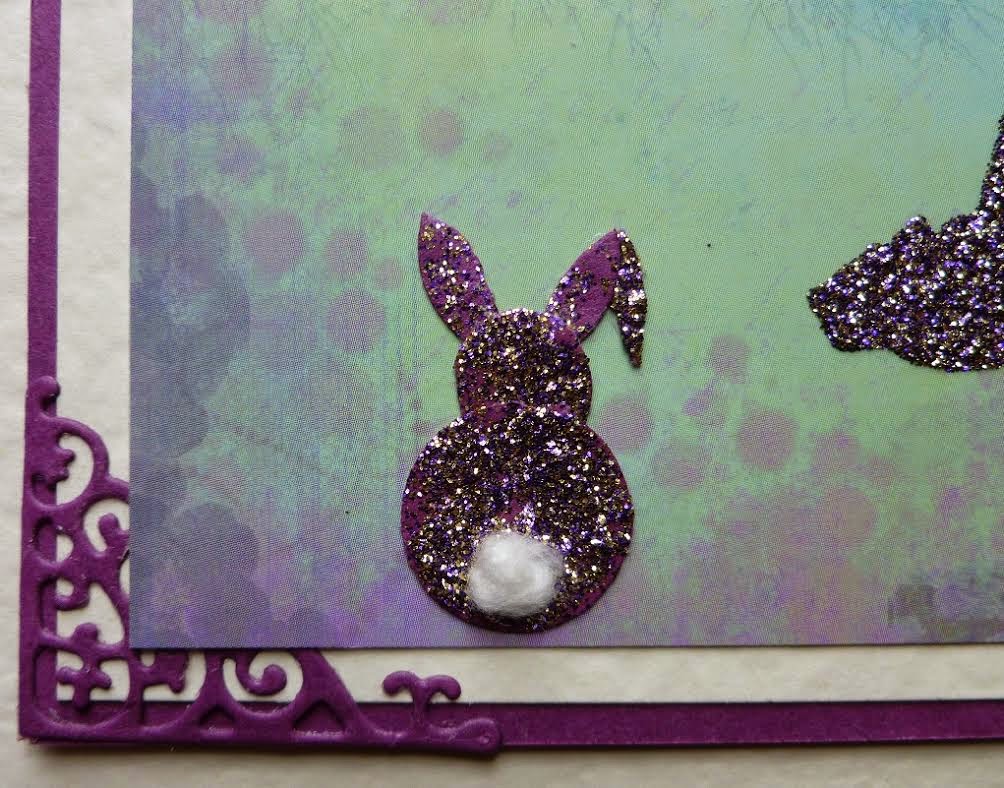 Thank you for visiting today
and we hope you have enjoyed the tutorial!